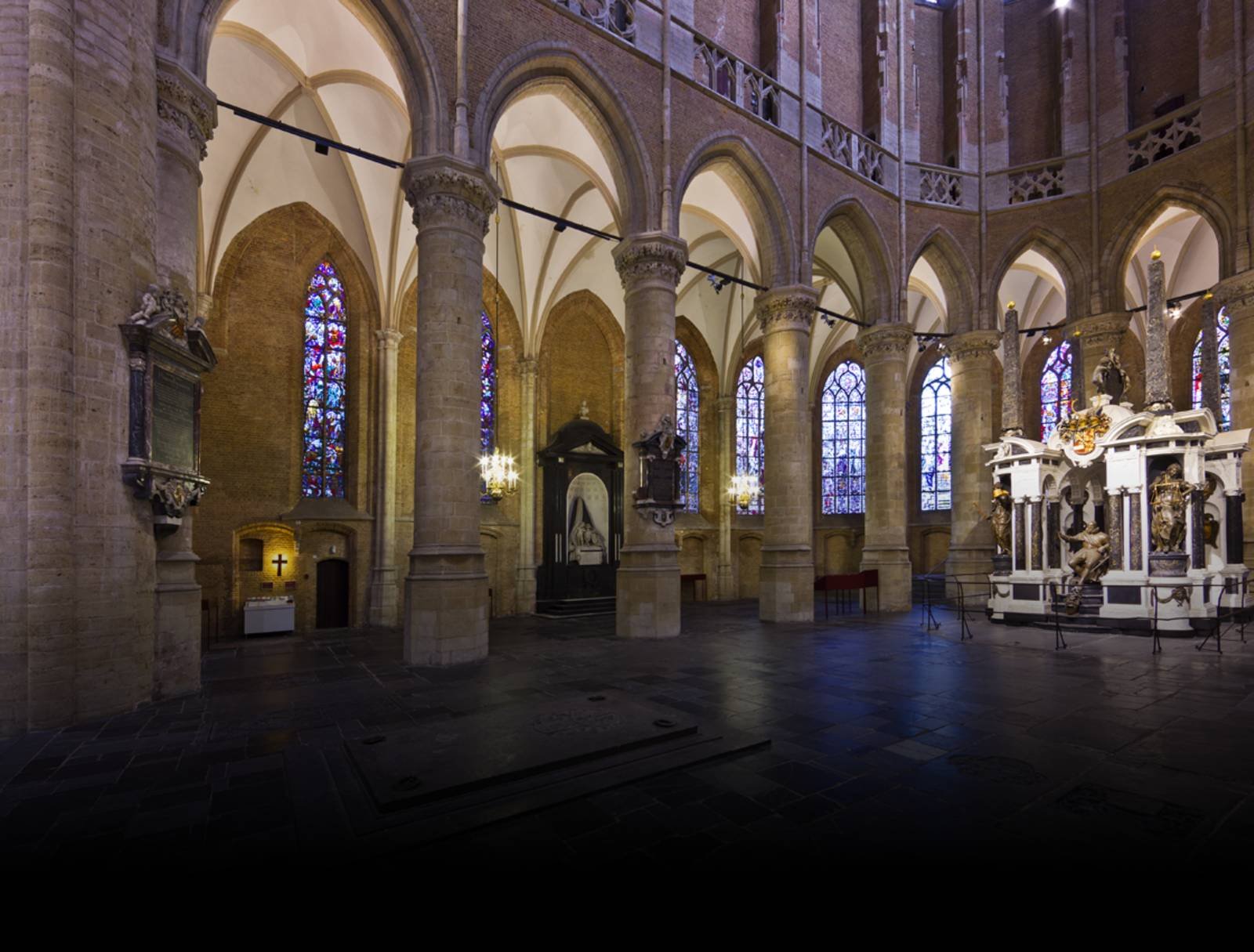 William of Orange’s mausoleum is perhaps the most popular attraction in the New Church. As a work of art it is full of interesting symbolism and embodies the immense respect held for the ‘Father of the Fatherland’.

Temporary memorial
Murdered by Balthasar Gerards, William of Orange was interred in a crypt at the New Church on 3 August 1584. His initially temporary memorial consisted only of a canopy with an empty coffin beneath it.

Memorial artwork
It was only years later, during the Twelve Years' Truce in the Eighty Years' War, that the famous sculptor Hendrick de Keyser began work on the current mausoleum, which would become his masterpiece. De Keyser died two years before he could finish it, so his son Pieter completed it in 1623. The memorial remains the finest example of its kind from that period.

850 pieces
In 1996 the memorial had to undergo a major restoration to fix acid erosion in the marble. The restoration required the mausoleum to be dismantled into 850 pieces. One by one, each piece was cleaned before the whole work was put back together. The restoration gave this popular memorial a new lease of life.