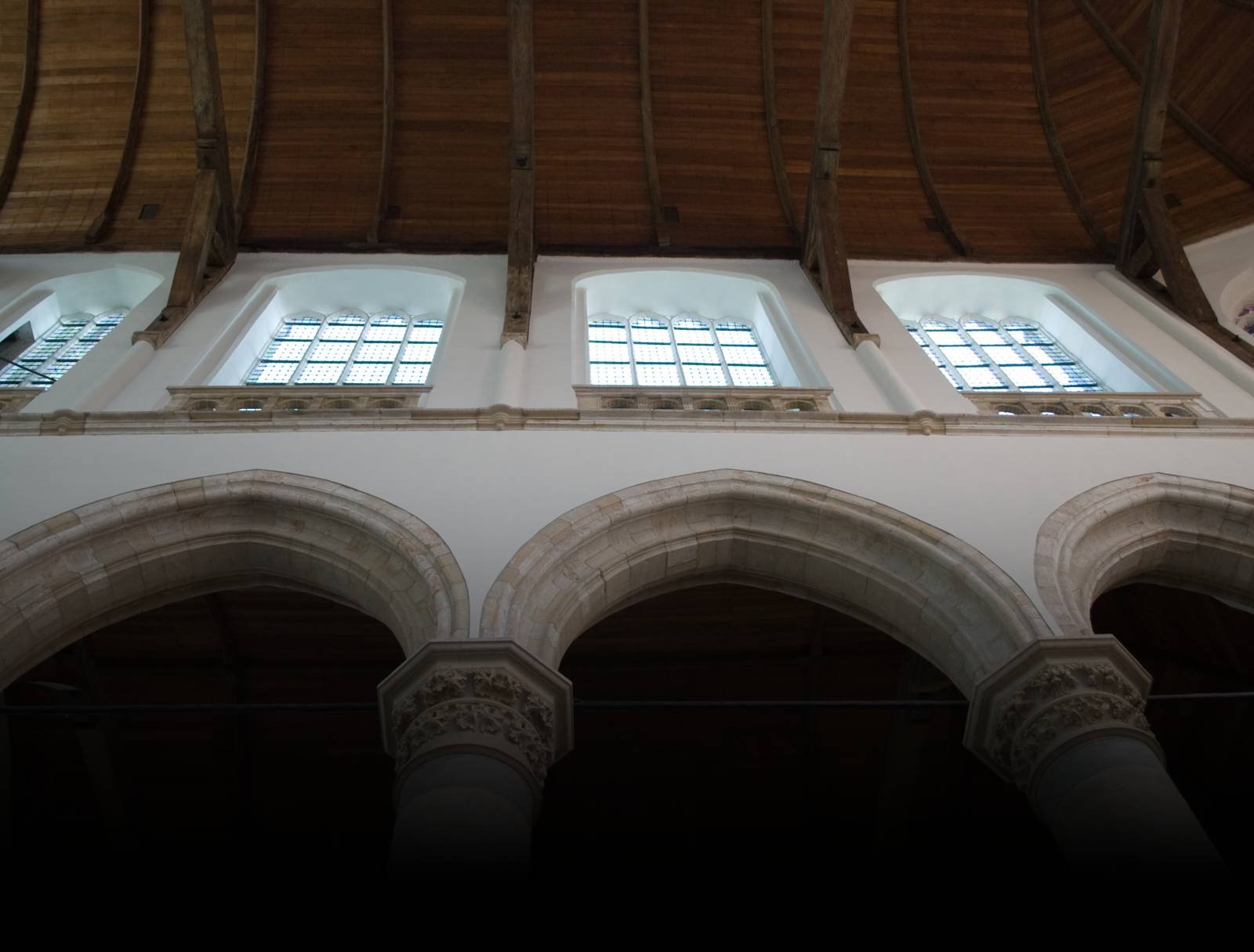 The Old Church has undergone a number of restorations over the centuries to deal with the effects of fires, a huge explosion and general wear and tear.

Destruction
On the night of 3 May 1536, fire broke out in the nearby New Church (Nieuwe Kerk), probably as a result of a lightning strike. Everyone fought to extinguish the fire, but more than half of the city's homes were destroyed. The Old Church was badly damaged too, and its first major restoration followed that same year.

Plain glass
Disaster struck again in 1654. In the early hours of 12 October, the Geheim van Holland, or ‘Secret of Holland', a secret gunpowder depot exploded. The bang - which was said to have been heard as far away as the Frisian island of Texel in the north - destroyed at least 500 houses as well as the windows of the Old and New Church. Thanks to the fundraising efforts of surrounding villages and towns, reconstruction began soon afterwards. But many of the stained glass windows were just bricked up or replaced with plain glass.

Complete overhaul
In the late 18th century the floor of the church collapsed. Major restoration works were needed, and the owner of every grave had to pitch in. After a fierce fire in 1921 the church was closed for almost three years. From 1949 to 1961 and finally from 1997 to 2000, two complete overhauls were carried out on the plasterwork, the stained glass windows and the roof.