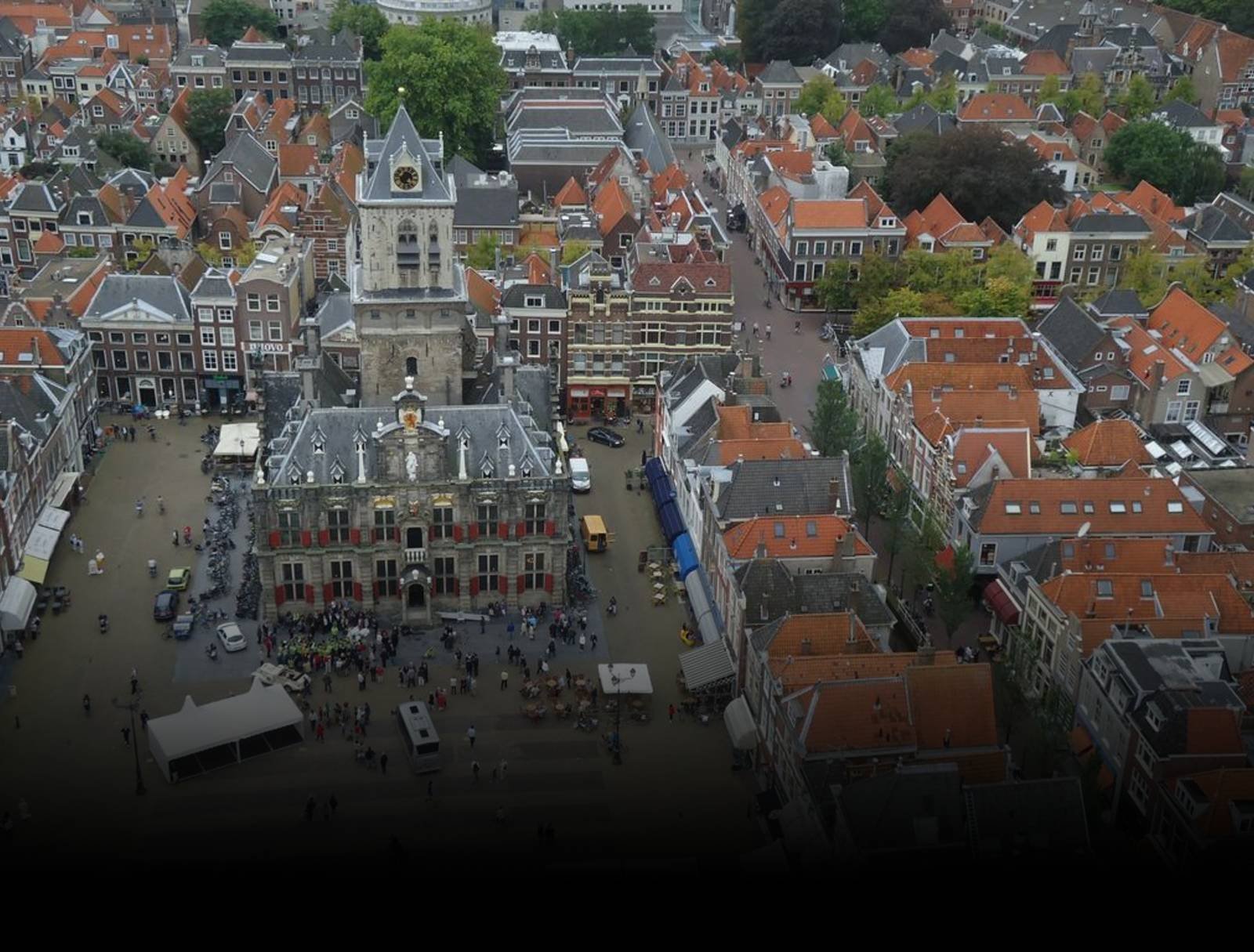 People have been talking about the tower of the Old Church for centuries. 'Why is it so crooked?', 'Could it topple over?'. To answer those questions, we need to go back to 1325?

Diversion
The Old Church has always stood directly on the ‘Delf', the old word for ‘canal', which is what gave Delft its name. But that meant that when plans were made to build a tower on the church in 1325, there was nowhere to put it. It is probable that the canal was diverted and filled in. The canal is now known as the Oude Delft, but the diversion can still be seen on maps.

Crooked
And so the tower ended up partly built on top of a former canal. This turned out not to be a sound foundation for the heavy stones of the tower, which started to subside even as it was being built. Luckily, the builders managed to stabilise it for the time being, and then carried on building straight up. That is why there is a kink in the tower, clearly visible from a distance.

Public outcry
The crooked tower - often referred to as ‘Scheve Jan' or ‘Crooked John' - has now been fully stabilised. But for a long time, people in Delft lived in fear of its collapse. In 1843, the city council even wanted to knock it down. Following a public outcry, that plan luckily came to nothing. And so the tower of the Old Church still stands today: 75 metres high, and almost two metres off centre...